One of the best things about Vancouver is that it has the best of both worlds: a city culture and nature. It doesn’t take much to enjoy the great outdoors and there aren’t many other places in the world where you can surf in the morning, hike in the afternoon and ski in the evening, all in the same day.

When the craft breweries and fancy restaurants get too much (could they ever?!), get back to basics with these 10 day hikes from Vancouver.

Grouse Mountain
Known as Mother Nature’s stair master, the ‘Grouse Grind’ is a 2.9km hike up the face of the Vancouver mountain. It’s a tough one, with 2,830 steps and an elevation gain of around 2,800ft. Your buns will be burning after, but you can relax with a ride down in the gondola at the end. If you’re feeling super adventurous you can even join the crazy people who run it as part of the Grouse Grind Mountain every year.

Deep Cove
Just a short drive from downtown, North Vancouver’s Deep Cove is home to a perfect short day hike to Quarry Rock. Follow the Baden Powell Trailhead for a 3.8km hike up through the forest to the large granite rock for views down the Indian Arm fjord. Finish your hike at the bottom with a trip to Honey Doughnuts & Goodies. Well deserved, I’d say.

Cypress Mountain
For a more intermediate hike, head to Vancouver’s Cypress Mountain. Eagle Bluffs is an 8km hike, which starts from the bottom of the ski field and winds up through the mountain to views of West Vancouver. The trail passes several lakes, secluded cabins and ski runs, and you may even make a friend or two with the local whisky jacks.

St Mark’s Summit
Another hike on Cypress Mountain, this one stretches for 11km on the Howe Sound Crest Trail. Through forest, meadows and across bridges, you’ll reach St Mark’s Summit for views down over the islands and Howe Sound.

Stawamus Chief
Affectionately known by locals as ‘The Chief’, this large granite rock in Squamish is said to be the second largest granite monolith in the world. It’s a 45-minute drive from Vancouver, and the drive along the beautiful Sea to Sky Highway is worth the hike alone. The 7km hike itself is fairly difficult in parts, with some scrambling needed in some sections, but it makes it so much more fun! There are three peaks to hit, so you can either head straight to the first and on to the others, or for more of a challenge, go straight to the third peak first. Each peak gives you uninterrupted views of Squamish and Howe Sound below as well as north up towards Whistler. Reward yourself after with a craft beer and lush pizza at the Howe Sound Brewery.

Garibaldi Lake
Moving further up the Sea to Sky Highway, Garibaldi Lake is in Garibaldi Provincial Park. The 18km hike can be done throughout the year, but bear in mind the trail will be covered in thick snow until it starts to melt in early May, so best to leave it till then. It’s a long, winding trail up to the lake, which is glacier-fed. So get your camera ready for Insta-worthy photos of a perfect turquoise alpine lake, for which Canada is so well known. 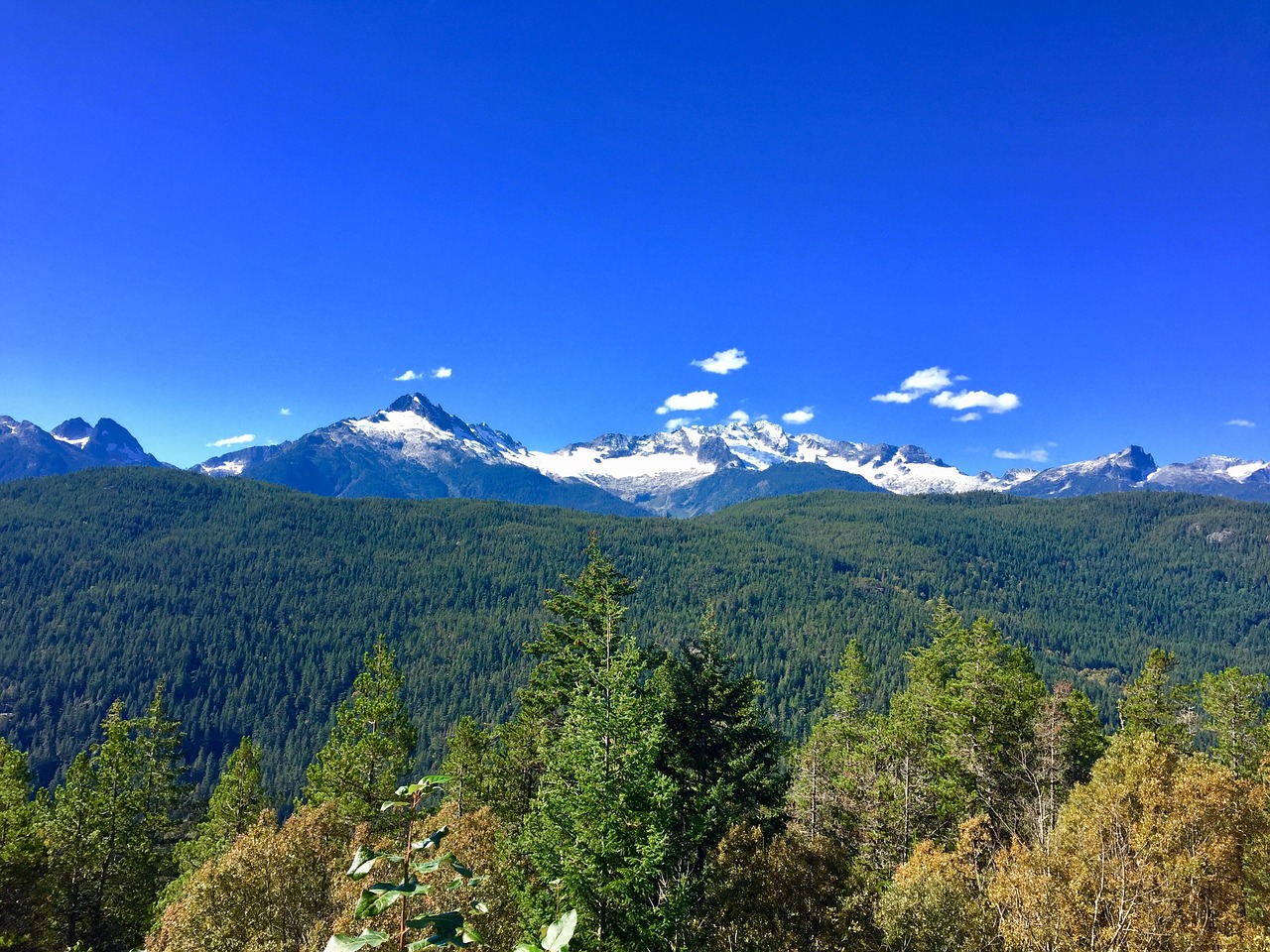 Whistler Mountain
Whistler isn’t just known for its skiing and partying, because come summer time, the snow has melted and hiking trails galore are waiting to be explored. The High Note Trail is one of the best and is accessible from a ride on Peak Chair ski lift. Beginning at the top of Whistler Mountain, the 9.5km one-way hike is fairly easy with some steep sections in parts – worth it for the views of another glacier-fed lake, Cheakamus Lake.

Blackcomb Mountain
Sitting across the valley from its sister, Blackcomb Mountain also has some great hiking trails on it. One of the newest ones, finished in 2017, is the Ascent Trail. Split into three sections – Little Burn, Big Burn and Heart Burn – it’s one for you fitness fanatics. It’s all uphill and takes you from the base of Blackcomb Mountain in Upper Village to the top in 6.1km and 3,937ft elevation gain. My legs and heart are burning just thinking about it but you’ll surely have buns of steel at the end!

Joffre Lakes
Another beautiful hike to not one, but three incredible naturally turquoise lakes, and the hike to the glacier-fed lakes is one of the easiest in the area. Winning! It’s a 10km round-trip, with a slightly steep start and a lot of stairs, but after the first lake, it’s a pretty easy walk to the next two.