This post was sponsored by Intercontinental Hotels Group (IHG). All opinions expressed are my own.

In just over a decade, the concept of a bucket list has exploded worldwide. It’s a catchphrase popularized by a film far more influential than its box-office return, and a catchphrase that somehow transcends ages, interests, language and cultures.  I believe it’s because we all desire to see certain places and do certain things before kicking the proverbial bucket. It’s an important part of the human condition, one that just needed a special term to encapsulate it.

A new survey by Intercontinental Hotels Group (IHG) revealed that 6 in 10 Canadians either have or have plans to make a bucket list, with the number as much as 8 in 10 for those aged 35 and under. Clearly, bucket lists are not a fad having met people ticking off their lists on the four corners of the planet, I can assure you that bucket lists are a global phenomenon, a trend here to stay.

The survey revealed that almost 8 out of 10 Canadians with or planning to make bucket lists are interested in Canadian experiences, and so it made perfect sense for me to partner with IHG and suggest what those experiences might be. As I write in my books, I believe a bucket list experience should tick off several subjective boxes:

IHG’s survey also showed that 91% of Canadian bucket listers have difficulties making their goals a reality. For many, costs and work responsibilities appear overwhelming, even as the aspirational goal to achieve a lifelong dream (and experience something new) is universally recognized. As a writer, broadcaster and speaker, my goal has always been to inspire everyone do those things we’ve always wanted to do, breaking through the boundaries that stand in our way. 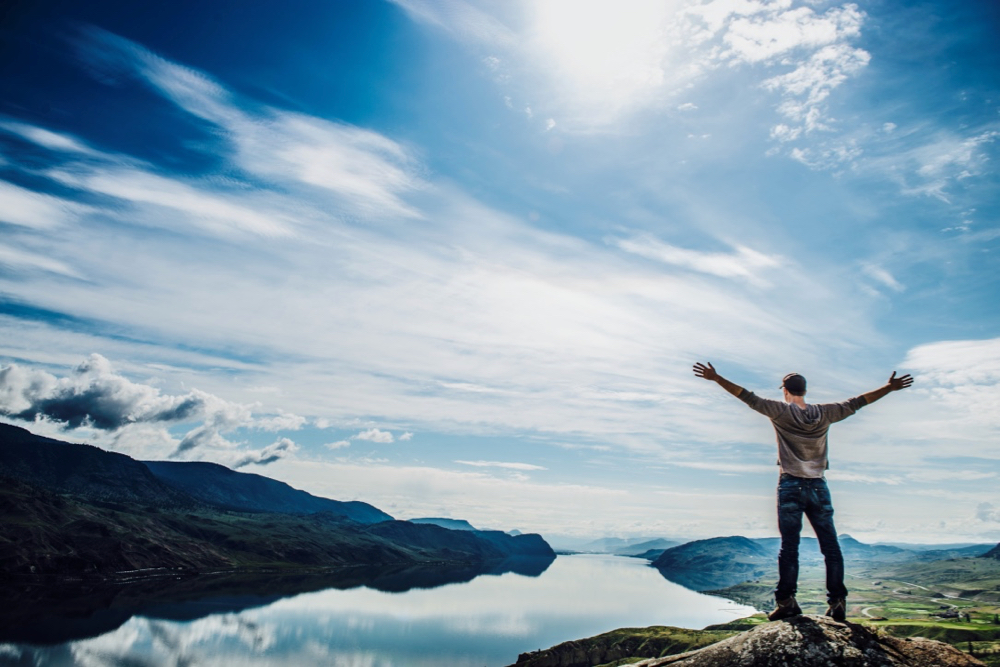 Here are some practical tips on how to tick off your Canadian Bucket List.

Start Small: Begin with a place or activity you’ve always wanted to experience in your town, city or province, and grow it from there.  If you’re feeling overwhelmed or threatened by a bucket list, you’re probably being overly ambitious. Start with a shortlist of 10 aspirational goals, and grow it slowly over time. Each successful tick motivates another. If your list is too long, it might prove to be insurmountable.

Make it Physical: Research has shown that writing or visualizing your goals really helps make them a reality. Read books about the places you want to go (may I suggest, ahem, The Great Canadian Bucket List), put up calendars, and most importantly, write down your list. You might look back in several years to discover you managed to tick it off after all.

Dream big, but be practical: Bucket lists should be inspiring, fun, and realistic too. If you’re counting on winning the lottery or meeting a celebrity, you’re in for a disappointment (and perhaps a restraining order!)  Consider your resources and health. If you don’t like flying, look at road trips. Break your list down into short and long-term goals, and goals that are easier to achieve than others. If they are all difficult to accomplish, you may get discouraged because you’re not making progress as quickly as you like.

Be an Individual: Life is not a race; nobody should judge your dreams. It’s perfectly acceptable for your bucket list to include a local museum or festival, or just fixing the garden shed.  Many of the wonders in our Canadian backyard are as remarkable as the wonders you keep hearing about abroad. Bucket lists, like travel itself, should be intrinsically personal.

To kick things off, I partnered with some of the 177 Canadian IHG hotels (which include Holiday Inn and Crowne Plaza) to suggest ideas for your Canadian Bucket List. From tracking beavers in Hinton to the world’s largest salmon migration outside of Kamloops; ice canoeing in Quebec City to saluting the RCMP in Regina, there’s a little something for everybody, and lots to get started with.

Bucket lists give us something to look forward (a fact confirmed by 61% of those surveyed). They are aspirational, engaging, and can be as quirky as they can be dreamy. Mine started when a car accident reminded me that life is too short to put off my dreams any longer. Ticking off one experience after another, I’ve continued to grow my interests, and my bucket list continues to evolve too.   As Morgan Freeman asks Jack Nicholson in the film The Bucket List: “Well…what are you waiting for?”