Open your eyes to a changing world 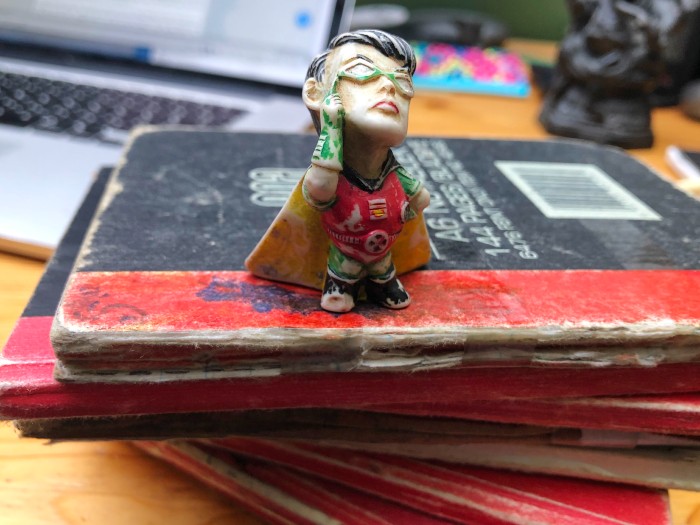 Travel’s appeal is broad and encompasses varied experiences -adventure, food, history, romance – but I’ve always felt it keenest with the sense of discovery, of being absorbed in unfamiliarity. It’s personally invigorating to have to decipher a new set of rules, laws and cultural norms. Locals around us seem perfectly at ease, but we can’t shake the feeling that we are other, visitors, not from around these parts. Travelling alone further isolates us outside our comfort zones, as there’s nobody to share our experience with, no one to point out the wonders and absurdities. Disorientation can be challenging and difficult, which is why it’s not for everybody. I recall quite vividly my first few steps within it, in London 1997. I’d moved to the city on a two-year work permit with lofty ambitions to excel in online media. Tubing around, just another faceless face in a sea of commuters, I’d never felt so empowered and helpless at the same time. Several years prior, I had bought a small Robin the Boy Wonder figurine at a flea market in Grahamstown, South Africa (now Makhanda). Bashed, scarred and a little bashed and bruised, it quickly became a lucky charm and has joined me in the over one hundred countries I’ve visited since.

Alone in London, I popped into a pub near Angel to steel myself with a flat pint and escape the sensation of being overwhelmed. In my daypack was a little black notebook with addresses of companies to drop off my resume, and the Boy Wonder of course, anything to increase my odds. For reassurance, I grasped my figurine and noticed that Boy Wonder was pointing to his eye, as if to say: “open your eyes, look around, observe.” And so I did: noting the sticky carpet beneath my feet, pot lights reflecting off brass beer taps, the clientele of day-drinkers and office skirters. I penned these observations in my notebook, which I still have somewhere, and a travel writer was born. I now have dozens of these same little black notebooks (bought from the CNA newsagent in South Africa, others just don’t cut the mustard) filled with scribblings and interviews, observations and thoughts. Viewers around the world have seen me writing in these same books in almost every episode of my TV show (Word Travels is now available on Prime Video in Canada). This week, I finally went travelling again, but I had forgotten my black notebook, its virgin pages eager to capture thoughts as I wandered about aimlessly. I was opening my eyes in a new world that felt alien and awkward yet fascinating and alluring at the same time. Most bizarre of all, this strange new destination was downtown Vancouver, the city where I live.

It’s been well over a year since I strolled the blocks of Granville, Davie, Hornby and Howe. This used to be my hood. In a former life I could tell you the names of most of the stores, and a funny anecdote to go along with them (I think I snogged someone in the alley behind The Moose / that’s the joint where I ate late-night soft-shell crab with a rock band, etc). These days I live and work 25 minutes’ drive away in a forested suburb, and even if Covid hadn’t come along, there’d be little reason to visit the music venues, offices, restaurants and coffee shops that line these particular blocks. Since leaving my apartment downtown, I’ve been harbouring an image of downtown Vancouver’s urban liveliness: it’s vibrant streets jiving with crowds and colour. Today, I found an inner city ravaged by the pandemic. Almost every third store was boarded up, tagged with graffiti or heartbreaking farewells from its broken proprietors. Homeless were sleeping in shoddy entranceways (wasn’t that an upmarket restaurant? wasn’t that a boutique?) some were shooting up as I walked by. Coffee shops were open but empty, except for the Starbucks on Howe which was boarded up and gone for good (a Starbucks closing, in Vancouver?)

There was an unusual abundance of street parking, and the few people walking around – some masked, some not – carried a heaviness about them, a sense of sorrow and guilt. Among this decay towered proud new condos that didn’t exist a year ago. Unlike Toronto or Montreal, construction has never ceased in development-mad Vancouver. The hip art gallery and cheap-eat restaurants on the corner of Robson and Seymour have been bulldozed, awaiting another glass tower jammed with million-dollar 600 square-foot studios. Opposite the city library – looking even more ancient than its bold Coliseum-influenced design – new buildings are transforming the city’s skyline, including a massive development in the former post office to ironically house a new headquarters for Amazon. The streets were familiar, but everything else? I may as well be walking Doha or Dallas or Derby or any other modern city I’ve yet to visit.

​Tragic as it was discovering the cracking shell of my own city, I was nonetheless jolted by the nostalgia of discovering some place new, alone and lost, with only my thoughts for company. I may not be going anywhere for some time yet, but even if Boy Wonder is gathering dust on top of my bookcase, it continues to remind me, and all of us, to keep our eyes open as we observe the changing world around us.