Continuing the tradition of Bucket List hikes deemed worthy for the sheer thrill of surviving them, the Fundy Footpath is a tough, 3 to 4 day hike along the jagged cliffs and mixed forest on the Bay of Fundy. With an elevation gain of 300m, the 41km hike cuts across steep ravines and two tidal rivers that, being the world’s highest tides, insist you pay attention to your tidal charts. The paths can be challenging and campsites are primitive. This physical challenge along one of the last remaining tracts of coastal wilderness on the east coast of the continent delivers ample rewards. And if it was easy, everyone would be doing it.

Cost : There is a nominal park entry fee for Fundy National Park, and a gate fee at the Fundy Trail Parkway. It’s also well worth purchasing a trail guide from the Fundy Guild.

Best time to go : June to September, or better yet: whenever it’s not raining.

Family friendly : The volunteer group that maintains the trail cautions it is not for inexperienced hikers.

Where to eat : Camping food, although be aware that fires are not permitted on the trails.

Where to Stay : Have all your camping gear but need somewhere a little less earthy? Consider Parks Canada’s oTENTik, which is a part-tent, part cabin, complete with beds and furniture on a raised floor.

Getting There : You can access the footpath from west (Big Salmon River), from the east through Fundy National Park, or in the central portion accessed via the Catamount Trail. The Footpath trail ends at Goose River, at Km 42 (Km 0 going the other way), at the boundary of Fundy national Park. It’s practical to use two cars, dropping off one at the end of the trail and driving the other to the beginning.

Note from Robin : Lots of ups and downs on the trail, so get ready for a workout. Some of the climbs take you up 100m of vertical. You’re advised to tie up your food and keep watch of approaching weather systems. Some hikers recommend doing the trail in reverse – from Goose River to St Martins. After five hikers were evacuated in the summer of 2013, the volunteer group that maintains the trail issued a caution that the trail is too dangerous for novice hikers. 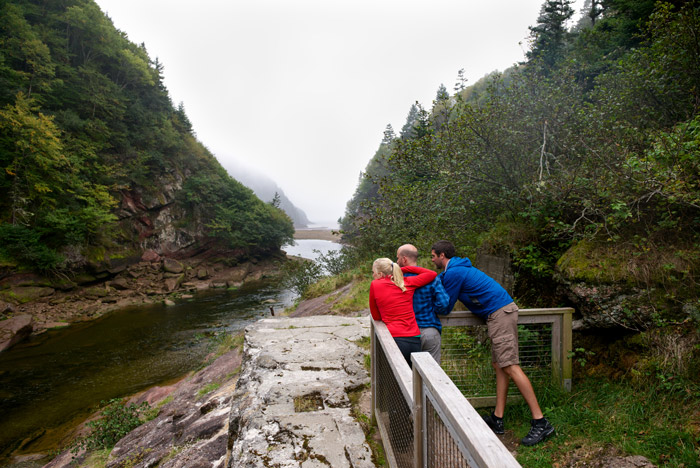 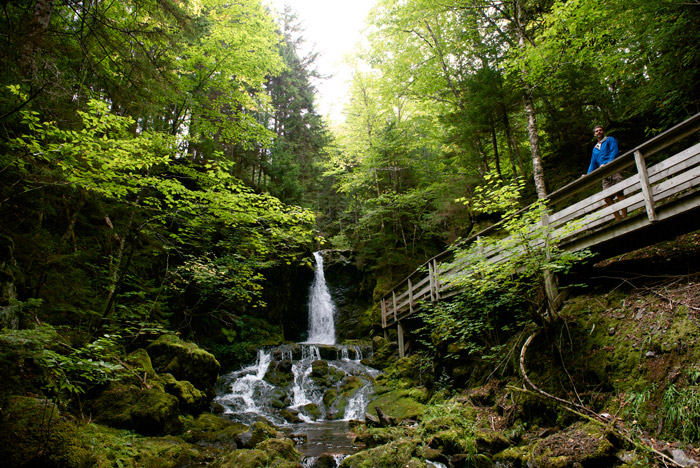 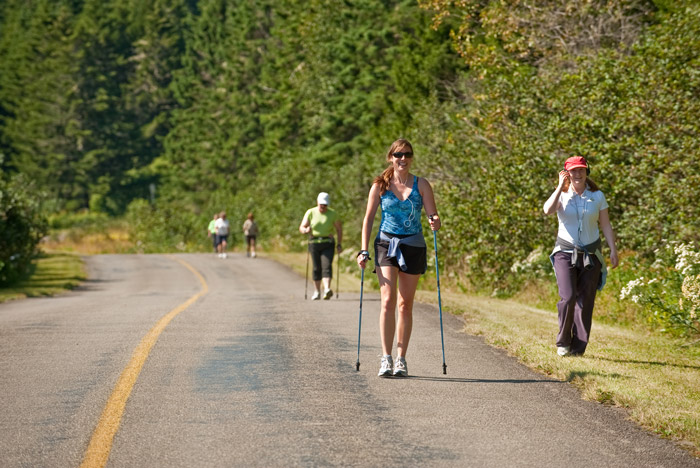 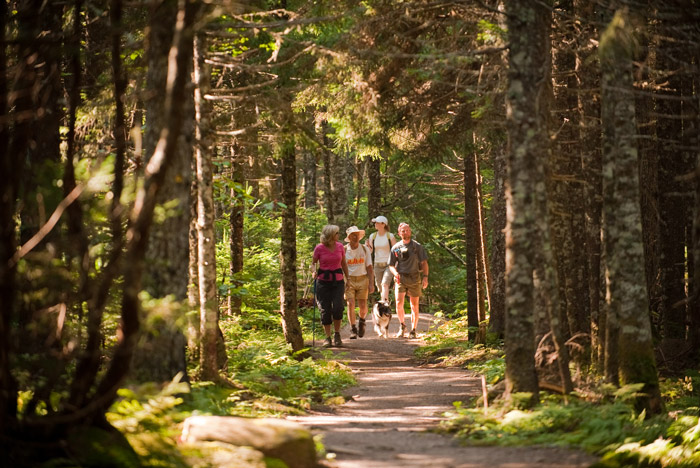 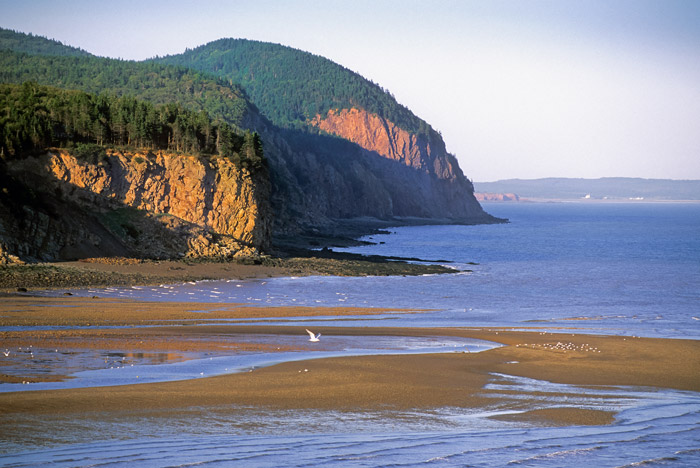