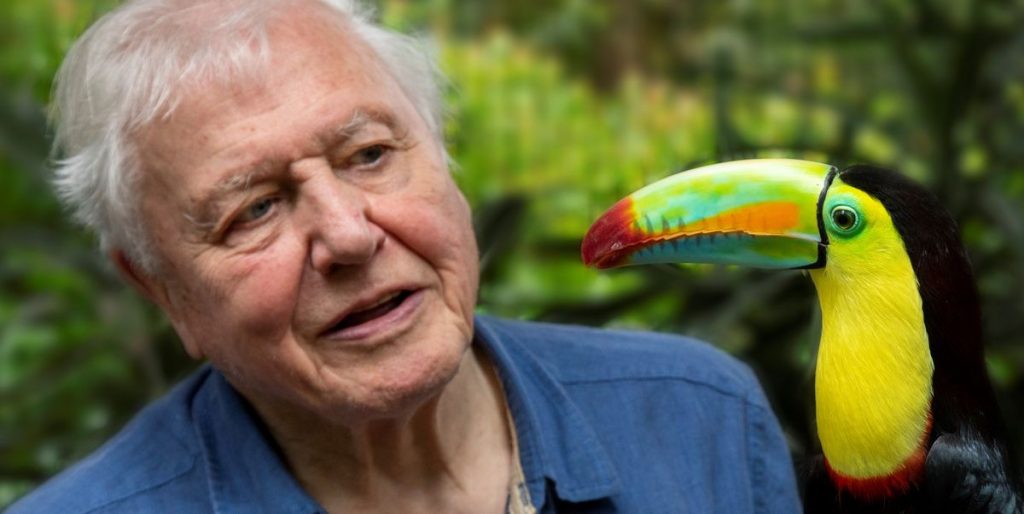 I’ve long argued that an unfortunate yet core tenet of the bucket list phenomenon is not that we need to accomplish things before we die, but rather, before they disappear. With this in mind, I’m sharing my thoughts on a new documentary that crystallizes this perfectly.

Now in his 90’s, the legendary natural history filmmaker David Attenborough has grasped the potential of streaming to reach mass audiences, hosting several ground-breaking series that air on Netflix. Night on Earth, Planet Earth II and Our Planet have truly pushed the boundaries (and no doubt the budgets) of what the genre can achieve, giving us jaw dropping never-before-seen glimpses into the natural world. Attenborough’s wise voice adds indisputable credibility and trust. For me, he’s always been the ultimate school teacher, an inspiring voice and authority worthy of respect. The teacher you listen to, and never forget. Other than perhaps Morgan Freeman, I can’t imagine another voice narrating spectacular natural visuals with such wonder, gravitas, reverence and enthusiasm. Which is why his latest film, David Attenborough: A Life on our Planet, moved me to tears. The final card reads: “This film is David Attenborough’s Witness Statement. Who else needs to see it?”
Everyone needs to see it. Absolutely everyone, and their families, friends and cousins too.

I read a review for the One World series that questioned why the show didn’t focus more on the imminent and deep threats to the natural world, why Attenborough is celebrating ever-diminishing diversity instead of hitting the panic switch. There’s no crime in focusing on the positive, and while all his series do address critical threats to our planet’s eco-systems, panic switches have never been Attenborough’s forte. Also, he likely knew well in advance what was coming, and exactly what his panic switch would look like.

A Life on Earth begins in spooky, desolate Pripyat, the abandoned Ukrainian city that once supported Chernobyl. I spent a couple days there, I’ve been in the same hallways, cracked apartment blocks and eerie streets. The world’s worst nuclear disaster has made this model Soviet city uninhabitable for thousands of years, an avoidable mistake blamed on human error. Likewise, we are doing the same for our planet, but our destructive global meltdown is taking place slowly in real time. When Mr. Attenborough (he deserves the prefix, as do all great teachers) tells us he has witnessed the devastation taking place over his own lifetime and with his own eyes, it warrants no discussion. For 118 minutes, everyone – boomers, millennials, scientists, corporations, politicians – needs to shut the fuck up and listen to what this extraordinary elder has to say, and respectfully bear witness to his statement. Accompanied by incredible images pooled from his many shows, he explains what is going on in clear, concise language so that a child might understand it. How the oceans and jungles and forests are dying, how we’re entering the planet’s sixth great extinction event, and how every step forward is through a series of one-way doors with no turning back. Once nature’s system is out of equilibrium, it all goes to hell. As a graphic shows the passing of his years, the loss of natural habitat, and the increase of CO2 in the atmosphere, Mr. Attenborough becomes visibly more frustrated and upset. How fortunate we are to have shown up during the Holocene, a 100,000-year Eden of unprecedented natural stability. But like bad hotel guests, we’ve completely trashed the place. At this rate, Earth won’t be nearly as bountiful or habitable for future generations. The most harrowing part of the film is a projection of what the world will look like in 2030, 2050, 2080. Wildfires, dustbowls, ocean deserts, collapsing food stocks, melted ice, displaced millions…Attenborough looks away in horror, and we feel the blackness of his despair. We had so much, and we wasted it. How will the future ever forgive us?

But this is David Attenborough, a man who has seen more wonder and amazement than anyone could ever hope to see. All is not lost, and there is hope. “I’m going to tell you how,” he says. Once again, I sit up and pay attention, because as the film cuts to clips of Attenborough lecturing in Davos and for the UN, I know he’s not going into platitudes about recycling saving the Earth. Using real-world success stories in Costa Rica, Palau, and yes, even Chernobyl, Mr. A discusses the imminent approach of our peak population, with ambitious plans to protect our oceans, re-wild the scorched forests and plains, and increase vital bio-diversity. Because, he insists, that’s what it all comes down to: if we sustainably restore the system, our planet will breathe again, and it will be a win-win for our food security, stability, and human prosperity.

Often, the “we all need to change to save ourselves” diatribe can feel overly simplistic and dismissive of economic and political realities, but from the mouth of Sir David Attenborough, it left me with renewed hope and purpose. With any luck, it had an impact on his audience at Davos and UN, for those with political and economic power are the “We” that need to change most of all.

Other essential documentaries:
My Octopus Teacher (Netflix): A man finds peace and understanding with an octopus in a South African coastal kelp forest.
World’s Toughest Race (Prime Video): Eco Challenge Adventure: Fiji marks the return of a popular pre-Survivor reality show that takes extreme athletes to the limit of endurance in stunning natural environments.
Tales by Light (Netflix): A three-season series follows professional photographers on assignment in spectacular locations. The cinematography is simply incredible.
Free Solo (Disney): A warts-n-all portrait of the free soloist climber Alex Honnold, as he prepares to tackle the face of the 3,000ft El Capitan in Yosemite National Park
Word Travels (Prime Video): Two Canadian travel writers with different interests visit 36 countries in search of inspiring stories. One of them, apparently, looks a lot like me.