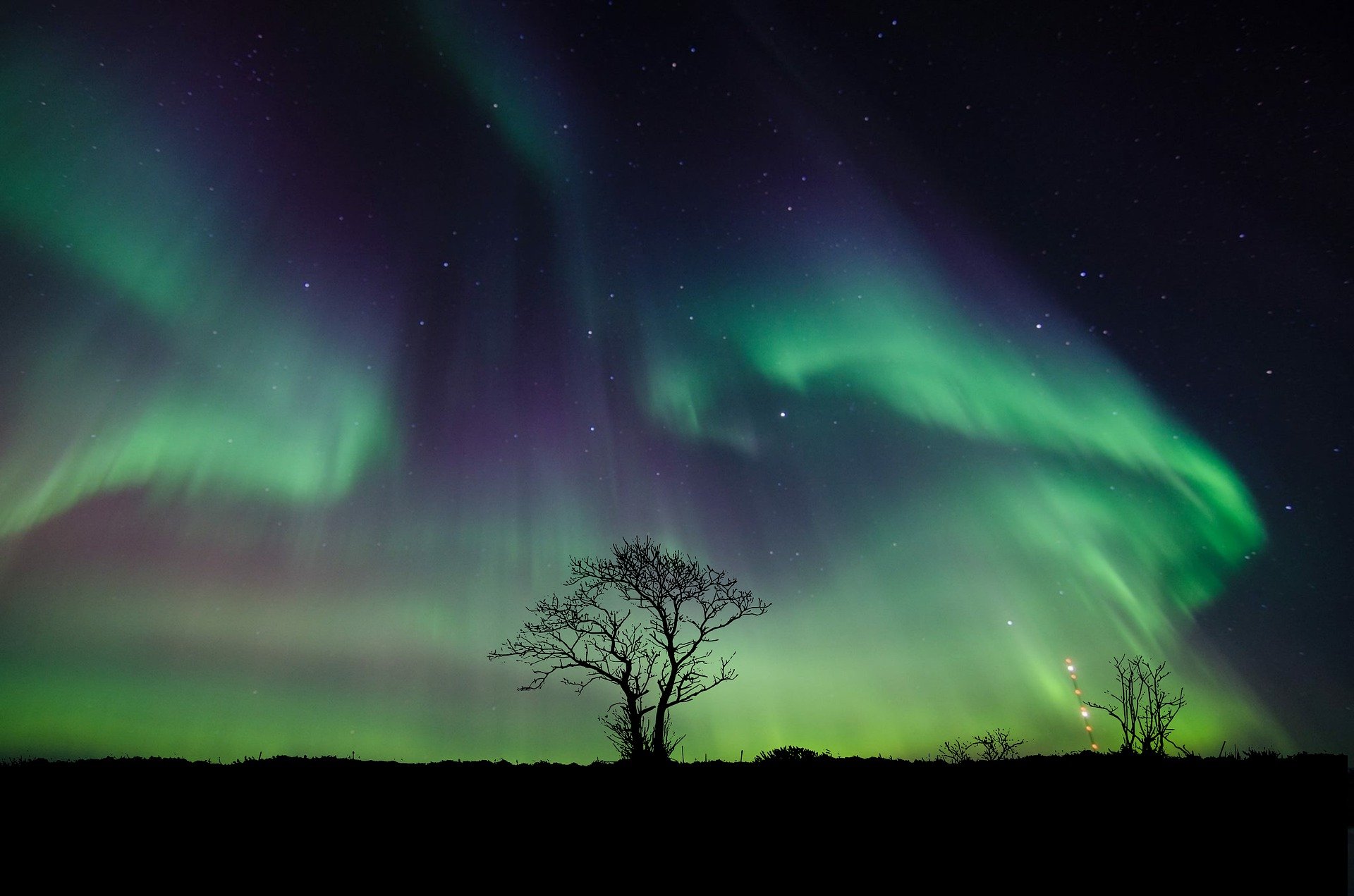 In 2019, a UK lottery company surveyed two thousand people about what experiences top their bucket list.   Number 1:   see the Northern Lights.     What makes this interesting is that a similar survey held by a different company in 2013 came to the same conclusion, as did another media survey in 2017.   Travel tastes may change and destinations flow in and out of fashion, but the aurora borealis endures as the numero uno-big kahuna-grandaddy of sought-after peak experiences.

Canadians don’t have to fly halfway around the world to see these legendary polar flares, just north to the capital of the Northwest Territories.   Yellowknife sits beneath a halo-like ring known as the aurora oval, where fall and winter conditions are ideal for a particularly bright and intense show.    With few geographical obstructions, minimal precipitation and a high percentage of clear winter nights, the lights here are particularly active from mid-November to mid-April, which is high season of aurora viewing.  The further one travels from city lights or physical obstructions, the greater your chances of seeing nature’s fireworks.   Having ventured north nearly a dozen times in the winter months, I can’t overstate the importance of stacking the odds in your favour.   For there’s no guarantee you’ll witness brilliant hues in the night sky any more than there’s a guarantee you’ll see lions hunt gazelle while you’re on safari.   Nature operates on its own time and with its own pace, and each aurora adventure will undoubtedly be as unique as the lights themselves.

An aspect of aurora viewing that is often overlooked is physical comfort.  Remember, you’ll be heading north during a frigid, dark time of year. What’s more, the northern lights typically pop in the early hours of the morning.   Great Canadian Trails’ Northern Lights Eco-Escape takes all this and so much more into consideration.  For starters, it whisks you away by bush-plane to an eco-lodge far removed from light pollution or buildings.  As I learned one year in Hay’s River, even a street lamp can diminish the experience!   Immersing you in pristine northern wilderness, your aurora-viewing lodge is accessible by plane only, operating off-grid and powered primarily by solar and wind.  Expansive, open sky views surround you, which means you’ll be able to see the lights from the deck, the lounge, your room, and even the hot tub (talk about physical comfort!)  Depending on the season, your short days might be filled with snowshoeing, skating, skiing, igloo-building or fat biking, but you’re really here for the nights.  Rested, satiated on a delicious meal, and warmed up by bubbles or bubbly, the show is about to begin.

Beyond its heat and light, the sun also blasts solar winds across the galaxy, humming with the energy of protons and electrons.  If the solar winds are strong enough, they slam into the Earth’s magnetic field, funnelled to the north and south poles by forces of magnetism.  Once these winds interact with gases and particles in our atmosphere, they release energy that results in shimmering displays of light.  We call this the aurora borealis in the north, and the lesser known (and harder to access) aurora australis in the south.    While we may think of a kaleidoscope of colours, it really depends on what gases are prominent in the atmosphere, as well as the overall strength of the solar wind.  Oxygen results in the reds and greens, while nitrogen causes a blue light.  Of all the colours on the spectrum, our eyes are adapted to see green more clearly, which is why it’s most common to experience the northern lights as a green, ghostly hue.   It’s also why aurora operators vigorously consult solar wind and weather reports:  the stronger the winds and the clearer the skies, the bigger the spectacle.

One of the most important tips of travel advice anyone can ever give you is this:  temper your expectations.  Forget Instagram photos that took days or weeks to capture, or those epic magazine images that relied on a slow-shutter and specialized equipment.  There are all sorts of tips and techniques for capturing the northern lights on camera, patience being the biggest one.   If the lights are firing with enthusiasm, you’ll have plenty of time to snap your proof, although as with images of fireworks, a photo does little justice.  First and foremost, my advice is to take a breath.  Let your eyes accustom to the sky.  You’ll see lights that appear organic, like flames licking around a campfire, or ocean waves washing upon a shore.   Appearing with no warning, ghostly clouds will flicker and dance, playing tricks on your mind in the icy temperatures of the northern night.

Flying back to Yellowknife, and then onwards still, one can be forgiven if the entire experience feels like a dream.  Although the next time you read a survey about the world’s most sought-after experiences, you’ll know exactly why the northern lights top many a list. The aurora borealis may be ephemeral, but our desire to see them remains strong as steel.  Along with the comforts of a bush lodge eco-adventure, your northern escape is waiting.