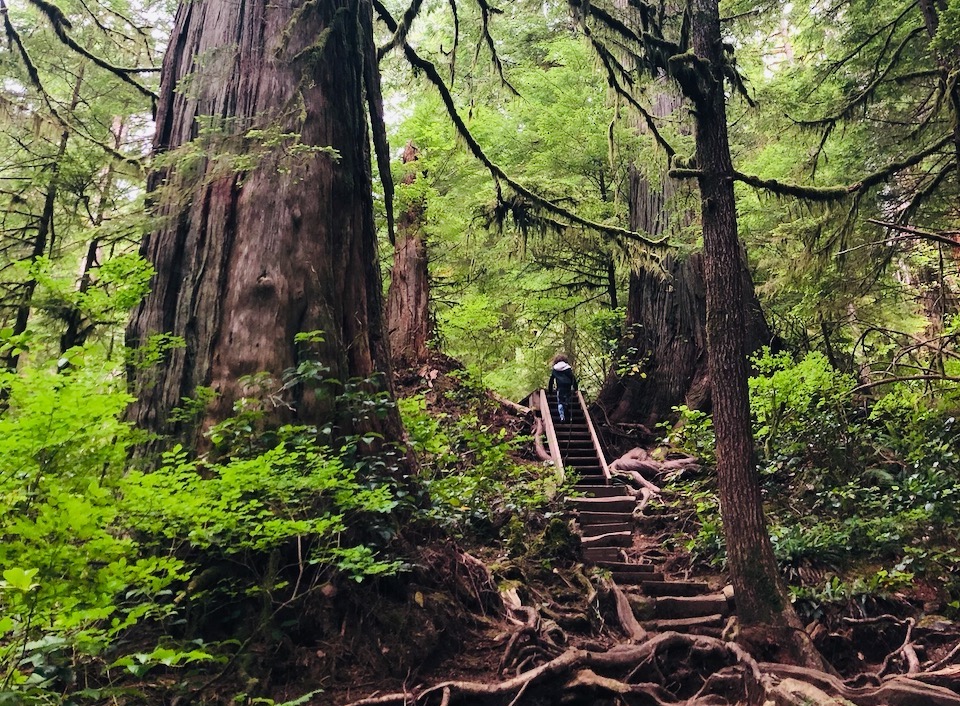 These days, it’s hard to impress kids who have grown up on PlayStation, music videos and television cocktails spiked with attention deficit disorder. Show them a great mountain, a sweeping beach, a lush forest, and chances are they’ll be glued to their text messages on the cellphone you regretted the minute you bought it for them. Fortunately, Mother Nature still has some tricks up her foliage when it comes to impressing children, and it’s doubtful cellphone coverage will interfere at all. Yes, they’re just trees, kids. But look at the size of them! 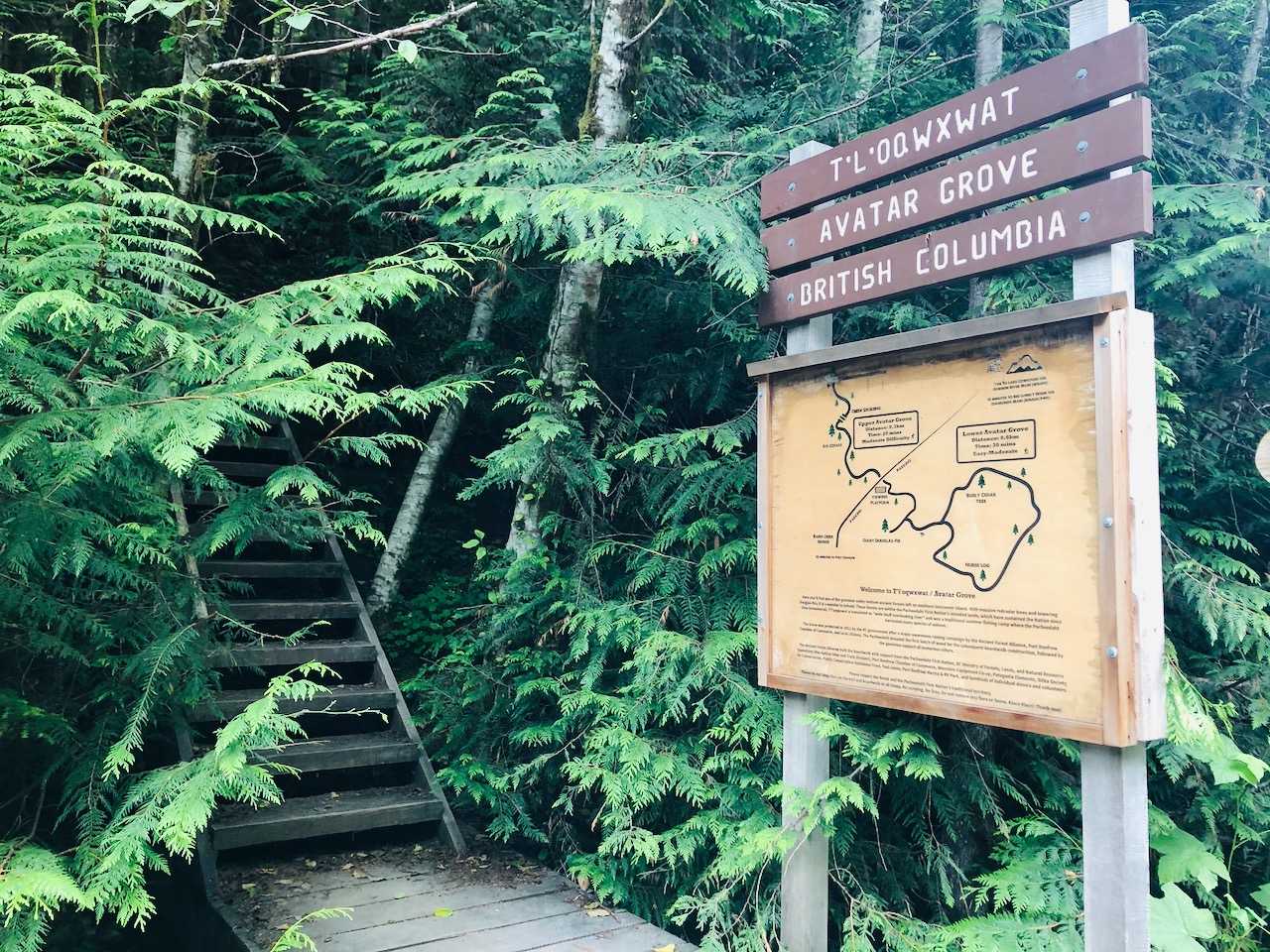 The giant red cedars, Douglas firs, hemlocks and spruce trees that survive in the old-growth forests of British Columbia are truly impressive. Somehow, these trees have survived the colonial building boom and the modern logging industry, and now range in age between 250 and over 1,000 years old. “This tree was here before Marco Polo explored China, before Shakespeare … em, before Harry Potter!” Fantasy is an apt means to capture a kid’s imagination, because standing between 800-year-old Douglas fir trees—towering up to 75 metres high in Cathedral Grove in Vancouver Island’s MacMillan Provincial Park—you can’t help but feel you’re on another planet. The forest moon of Endor comes to mind, although I’m dating myself with Star Wars. Perhaps the kids will prefer Avatar Grove, fifteen minutes away from Port Renfrew, so named for this ancient red cedar and Douglas fir forest’s resemblance to the planet Pandora in the blockbuster Avatar. Surrounded by a drapery of ferns and moss, with a soundtrack of chattering woodpeckers or bubbling brooks, a spell of peace and space envelops adults as well. When the kids get tired of trying to hug a trunk that can accommodate the linked hands of eight people, bedazzle them with a contorted red cedar known as “Canada’s Gnarliest Tree.” Keeping with the theme, it looks remarkably like Jabba the Hut. 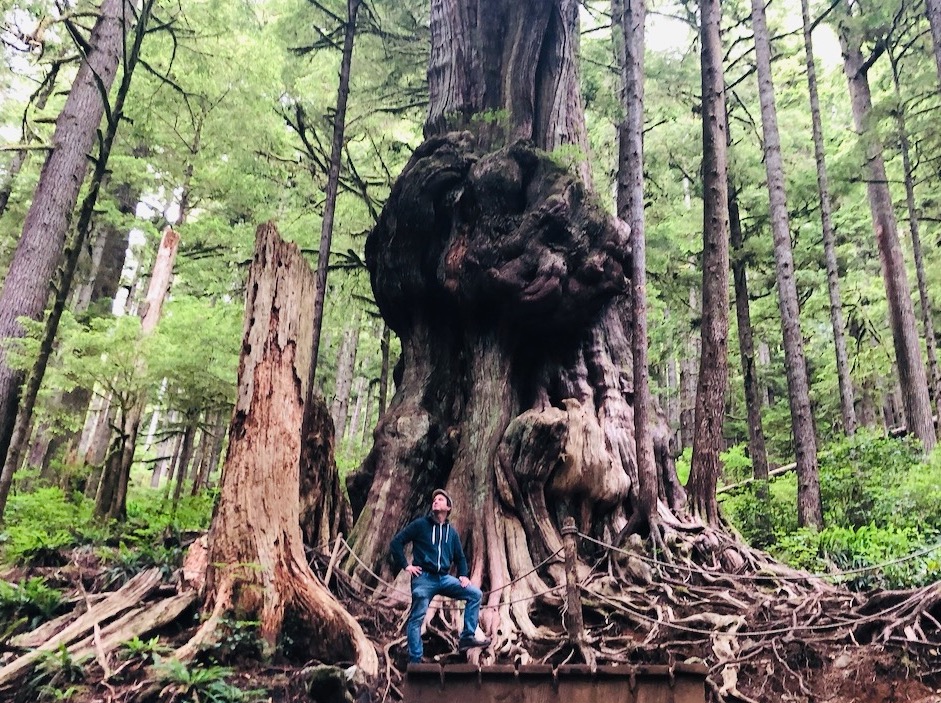 Avatar Grove is located about 10km outside of Port Renfrew.  Half the road there is paved, the other is a logging gravel road with some gnarly parts of its own, so take it easy on the speed (RV’s are not recommended).  I continued on the road in search of Big Lonely Doug, an enormous old growth tree left standing among a clear-cut.  Unfortunately, I couldn’t find the old boy, and the road was giving my mini-van a real workout.  A 4×4 with high clearance is definitely recommended.  You can pick up information sheets to visit the old growth trees in the area in town, or click here for more info. 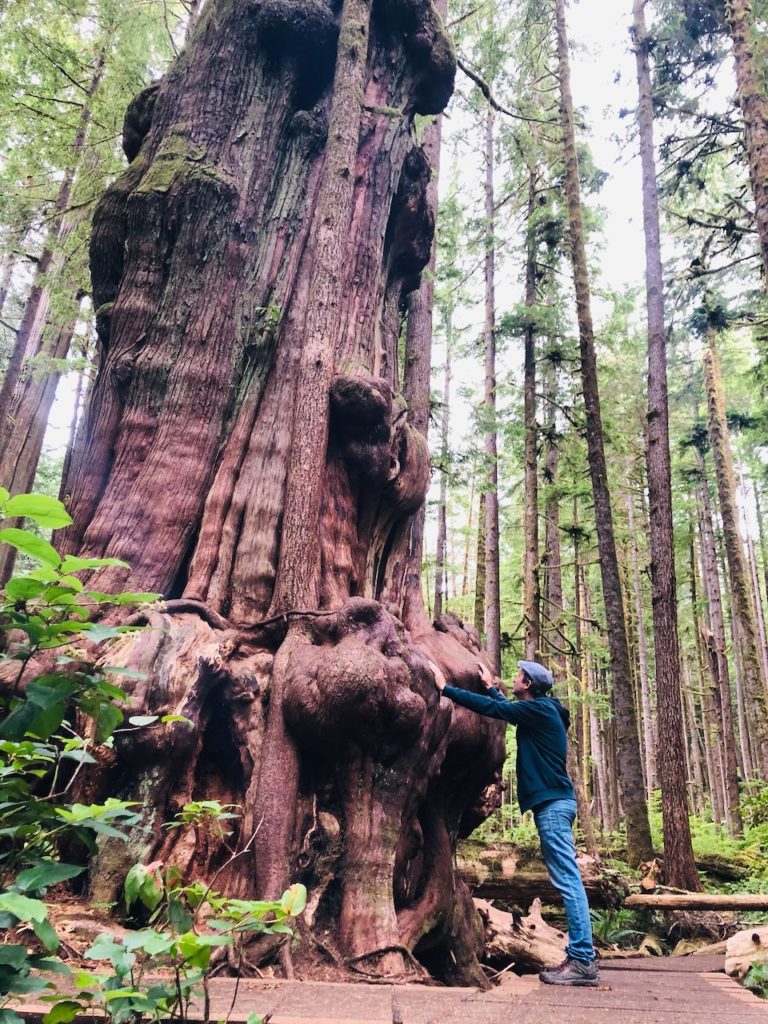 According to the Ancient Forest Alliance, a B.C. organization working to protect these natural wonders (and support sustainable forestry practices), less than 25 percent of the old-growth forest on Vancouver Island still exists, and only 10 percent of the biggest trees that you might find on a valley bottom. Some studies have shown that conserving old-growth trees might be more economically viable than slicing them down for furniture. Meanwhile, the few remaining stands in the province are still threatened with clear-cutting, including Avatar Grove. The emotional and childlike wonder that accompanies hiking an old-growth forest certainly belongs on the National Bucket List. Unfortunately, we have to add the caveat: “while they still exist.”