The World in World Series

This is the big league. Where the balls fly fast, the bats go boom, and the hot dogs taste great. The roof of Rogers Centre retracts to allow in the beaming sun, as fans cheer under the shadow of the CN Tower. Sure, the Blue Jays might not win too many World Series, but we’re proud to represent in the big time, and the Bucket List.

Length of Trip : A typical game in Major League Baseball lasts 2.5 hours. The longest game ever played was between the White Sox and Brewers in 1984. It went to 25 innings, and 8 hours and 6 minutes!

Best time to go : Regular season typically runs from beginning of April until the end of September. The best time to go: When Toronto host the winning game in the World Series!

Where to eat : If you love your baseball and want a great meal while watching live action, look no further than Arriba inside the Renaissance Hotel.

Getting There : Rogers Centre is located in the heart of the entertainment district of downtown Toronto at the corner of Front and John Streets, west of the CN Tower. Rogers Centre is just a short walk from Union Station (subway and train station), just north of Toronto’s Harbourfront. Rogers Centre is also accessible from Lakeshore Blvd. at the Spadina Avenue exit.

Note from Robin : I was amazed you could buy good beer at reasonable prices overlooking the diamond inside the Arriba restaurant. It beat the expensive stuff inside the stadium. Arrive at Arriba early (or make a reservation), watch a few innings in comfort, and then make your way into the stadium for the atmosphere. 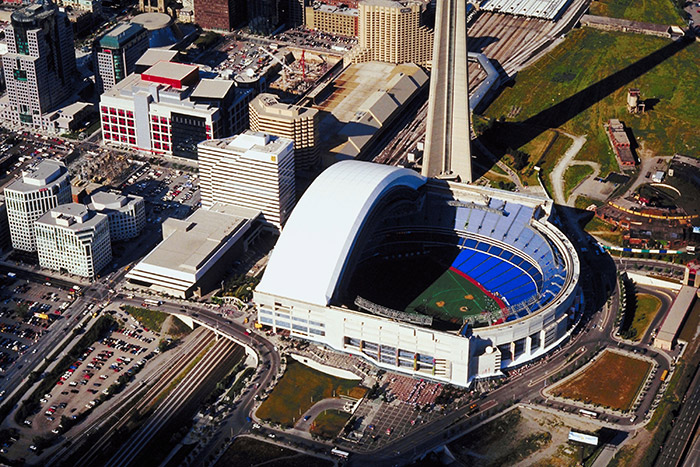 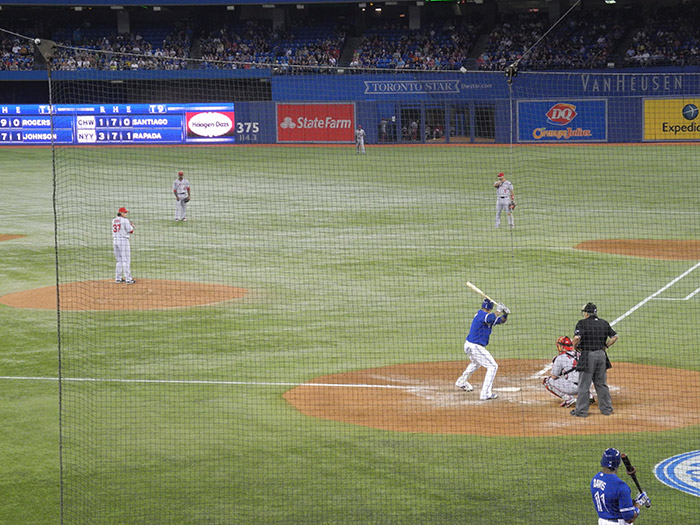 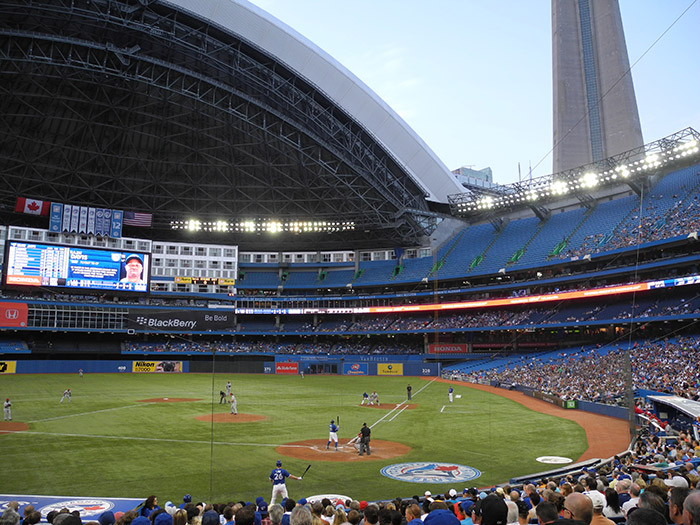 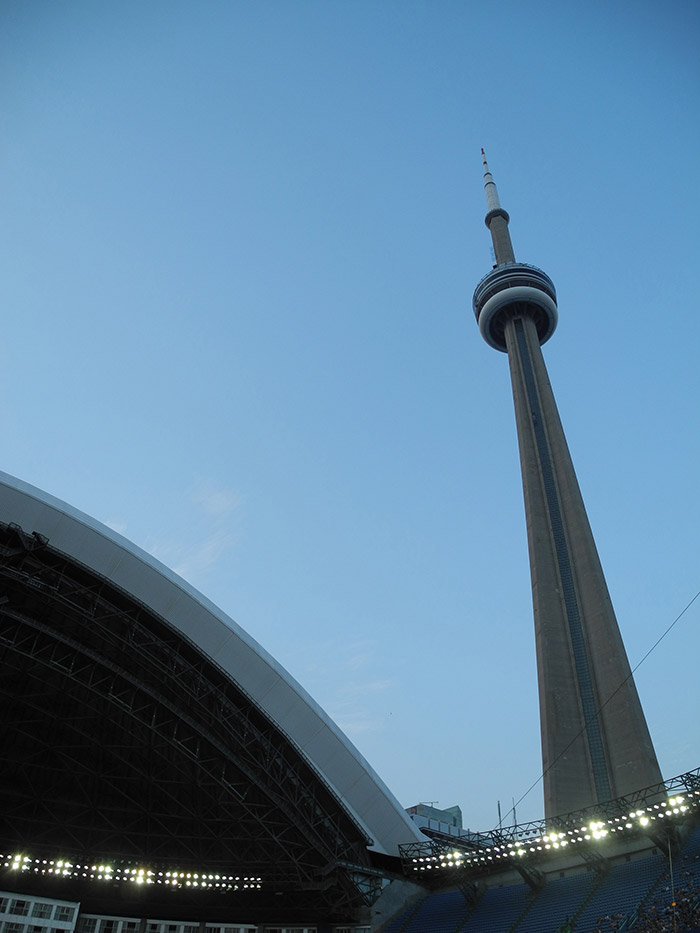 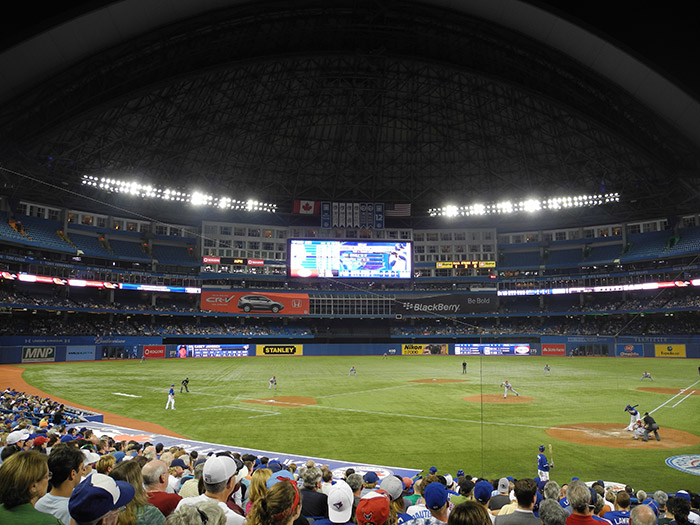