Don’t Forget to Dream of Canada 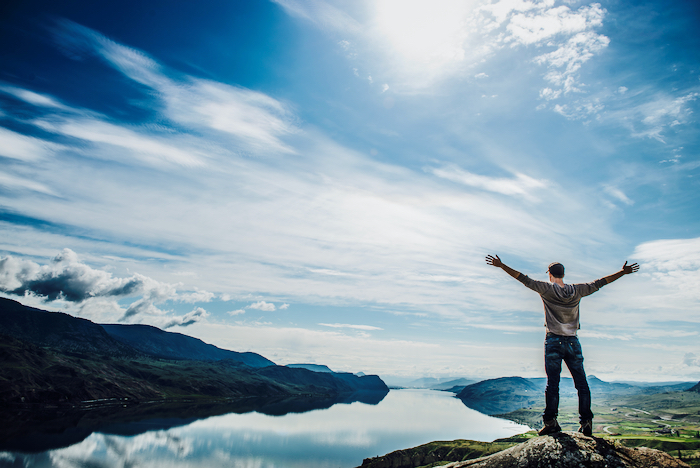 Travel bucket lists suddenly belong to another era, like a monocle, or camera film, or more recently, over-tourism.  After a decade of rampant tourism growth – buoyed by cheap flights, sophisticated marketing and inspired digital, broadcast and print storytelling – it has all come to a crashing halt. Nobody is going anywhere.  It’s over folks, and life cannot and will not return to normal.  We are slowly being conditioned into sterile states of isolation, detachment, and alienation. I took my kids for a walk in the forest – a legal activity at time of writing – and we watched a middle-aged lady jump into the trees to avoid crossing our path.  My 6-year-old thought it was funny, but it broke my heart.  For all the positive, heartwarming stories shared on social media, there remains deep Orwellian undertones beneath the phrase “social distancing” and the spectre of constant dread.   Next week, our neighbours are sticking birthday wishes on their doors for my daughter.   I’m going to walk her around the ghost town of our once thriving townhouse complex, and we’ll wave to the faces behind windows.  It’s doubtful her cancelled birthday party would have proved nearly as memorable.

As with many of you, I’ve been asking a lot of questions about the cost of social distancing.  There’s so much we don’t know about this pandemic, but a global narrative has emerged of the vital importance to “flatten the curve.” World-renowned scientists, economists and journalists risk their careers arguing otherwise, while an over-abundance of caution feels prudent.  Politicians are crushed between too many rocks and more hard places; damned if they shut down their countries, damned if they don’t.  A choice between economy and lives?  A disputed testing methodology?  Political opportunism?  The last stand of social democracy?   So many questions, few answers, horrific fear-mongering, and of course ravenous media feeding our addiction for information relentlessly splattered across our bruised news feeds.   Did a viral cat spook our elephant and make Dumbo jump off a cliff?  Did the planet figure out a way to make our political leaders act in a manner that will prove decisive when it comes to the real existential human threat of climate change?  Do I believe the frustrated Stanford epidemiologist who says we’re doing too much, or the professor from Wuhan who says we’re doing too little? How did Italy and New York not turn out like Germany and Washington State?  What crimes and disasters are flying under the radar while we obsess over mortality reports and daily infection numbers?  Meanwhile, there’s Zoom drinks, Zoom dinners, Zoom classes, Zoom romances. Zoom is no substitute for human connection, and humans are social creatures above all else.  Millions out of work, billions in emergency war-time aid, fights over toilet paper, and we haven’t even got to the social unrest yet, when the economic and social consequences really come home to roost.   It’s hard to think about anything else, which is why this opening is about six times longer than I wanted it to be.   Because I need to make one important point above all else:  amidst all this thinking, we need to start dreaming.

Bucket Lists are very special kinds of Dreams.  We stop thinking about money and time and logistics, choosing instead to project ourselves into an unspecified future to fulfill a personal longing.  When people tell me what’s on their bucket list, I often ask why.  What do you expect will happen when you finally stand at the foot of the Great Pyramids, jump out of a plane, or sail in the Galapagos?    Take it from me, reality is often too vivid – hot, bumpy, weird and overwhelming – to fully appreciate the moment until much later.  It’s the dream that counts, much like a lottery ticket.  One day…one day…one day, and now more than ever, we need as many “one days” as we can muster.  We need to identify, capture, and hold onto those dreams, for it is dreams that will shine a light into the dark days to come.

Covid-19, and the measures that have been put in place to combat its spread, have ruptured society as we know it.  The notion of one people living in a global village, one that is already under threat from rising nationalism and a refugee crisis, is in tatters.  Our bonds have been sliced apart, our walls raised, our webs untangled. Success against the spread has been attributed to the kind of surveillance, control and social conditioning we’d read about in a dystopian nightmare.  What incentives do governments have to return such tools to the box?  Wait…I’m thinking too much again.  Weight is creeping up on my shoulders.  So, I close my eyes and dream again…of wild horses on the dunes of Sable Island; of sharing a purple fuzz sunset with my Dad in Algonquin Park; of floating with salmon as they swim upstream in Vancouver Island.  I dream of the mighty Rockies and golden prairies, of the Maritimes and Magdalen Island winds. I close my eyes again, and I dream of Canada.

Travel in the future might involve medical tests and health passports, banned countries and demographic restrictions. We will miss the freedoms we once knew.  Now we are confined to our homes, and soon, we soon we will be confined to our cities, provinces, and country.    If your dreams must be restricted to one nation, there are far worse places than the world’s second largest country, jammed with abundant resources, unique experiences, inspiring people and extraordinary space. To be in Canada is a stroke of undeniable good fortune, a winning geographic lottery ticket.  When we’re finally released, I hope we remember that people need hugs and handshakes.  That it’s perfectly safe to share a beer, campsite chow, a hostel dorm or dining table.  That large crowds at events and festivals are not dangerous, and that kisses were romantic long before they became viral weapons.   I hope we remember that we share a desire for adventure, experience, community, romance, history, culture and natural beauty. I hope we remember the dream that was once The Great Canadian Bucket List.

I’m relieved, reassured, and deeply grateful to live in this country.  Canada’s admired social, medical and economic net is being reinforced, emboldened, and strung up across all 10 provinces and 3 territories. No further evidence is needed to see that we live in a special country going through remarkable times.  My heart breaks for all the people I’ve met around the world who will not be nearly so lucky.