From the pages of The Great Canadian Bucket List, here’s just some of the incredible natural wonders you’ll find in the land of the Maple Leaf. How many have you been to? 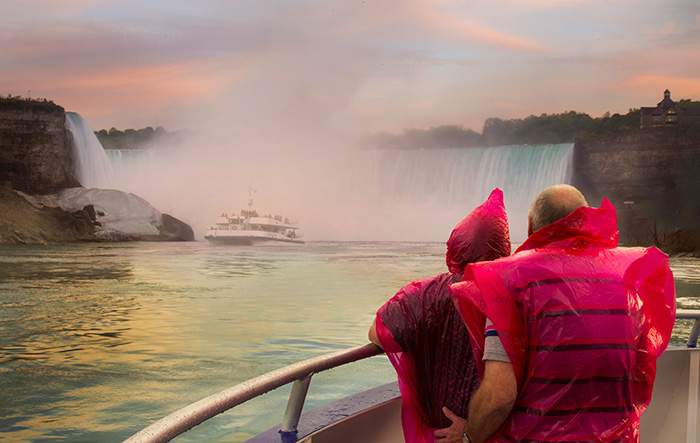 Niagara Falls, Ontario
We start with the most powerful waterfalls in North America. Spanning both US and Canadian borders, Niagara Falls receives over 20 million visitors a year, drawn to the spectacle of green water crashing over 50m below. For visitors, there are also the manicured gardens of Queen Victoria Park, museums, casinos and the observation deck above Skylon Tower. For a closer look, and feel, you can’t beat getting baptized by the spray at the base of Horseshoe Falls. 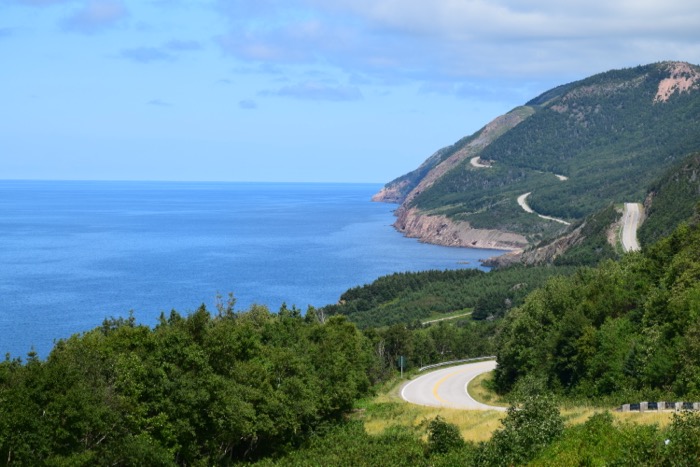 Cabot Trail, Nova Scotia
Rounding the north of Cape Breton, the Cabot Trail is a 300km highway and scenic road along spectacular coastline and rugged highland scenery. Lonely Planet called it one of the best roadtrips on the planet, linking fishing and artisan villages with Acadian, Irish and Scottish ancestry. Besides the famous scenery, activities along the Cabot Trail include whale watching, salmon fishing, biking, camping and hiking. 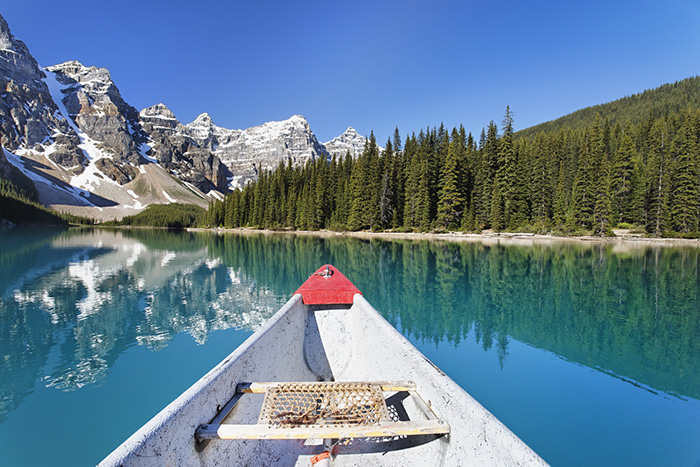 Moraine Lake, Alberta
I’d seen it in postcards, but still wasn’t prepared for the jaw-dropping beauty of Banff National Park’s Moraine Lake. In summer, rock flour from the glacier that feeds this lake turns the water a spectacular shade of blue-green. The water reflects the forests and ten peaks of the snow-capped Rockies. Rent a canoe, paddle out into the middle, and you’ll feel like you’ve floated into a postcard, or a popular screensaver. 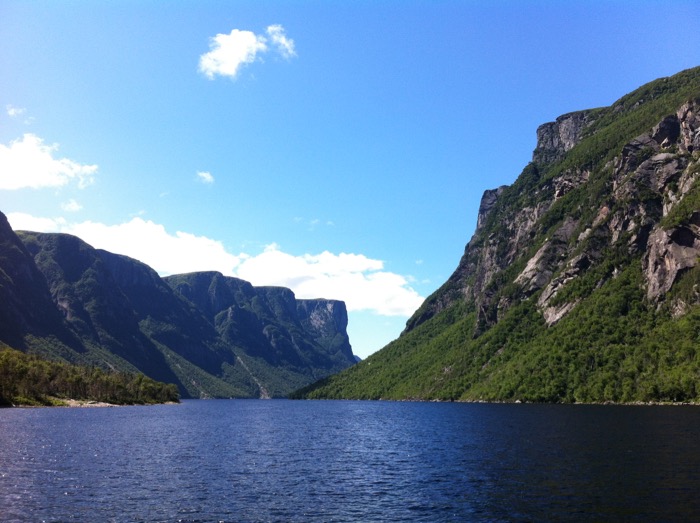 Gros Morne National Park, Newfoundland & Labrador
Located on the west coast of Newfoundland, Gros Morne was declared a UNESCO World Heritage Site in 1987 for its incredible scenery and geographic importance. According to UNESCO, Gros Morne “illustrates some of the world’s best examples of plate tectonics.” For the visitor, this translates into exposed earth crust, dramatic fjords, alpine plateaus, waterfalls, crystal lakes and sheer cliffs. Every summer, scores of hikers, campers, bikers and kayakers enjoy this natural wonderland.

Mingan Archipelago, Quebec
In the Mingan Archipelago National Park Reserve, glaciers, wind, waves and other erosive forces have created the largest concentration of monoliths in the country. Almost one thousand islands and islets are scattered across the coastline, shaped into festooned cliffs, caves, arches and rocky sentinels. Explore them by kayak, or for the less adventurous, with a boat tour departing from one of the towns on the north shore of the St Lawrence. 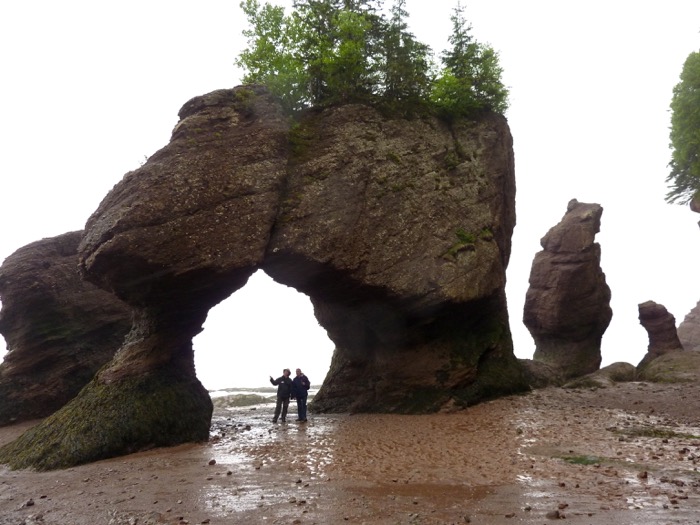 Hopewell Rocks, New Brunswick
The world’s biggest tides in the Bay of Fundy have caused these rocks to erode in spectacular fashion. Twice a day, the tides flush into the bay, rising as high as 16m, and flooding the base of the Hopewell Rocks. During low tide, it’s possible to walk amongst them. Stick around for the full tidal cycle to see just how dramatic the change is in one of the world’s true maritime wonders. There are well-marked trails to observation points and to the sea floor itself. 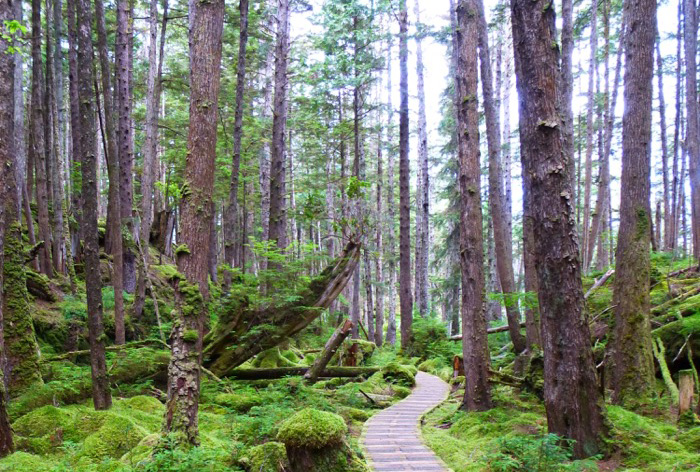 Haida Gwaii, British Columbia
Formerly known as the Queen Charlotte Islands, the Haida Gwaii is the most remote archipelago in Canada. Besides the pristine state of the islands’ flora and fauna, visitors are struck by its unspoilt, undeveloped charm. Expect Alpine mountains, long sandy beaches, temperate rainforests, and the Haida themselves, who continue to inhabit and protect their rich heritage. Home to 40 unique species and sub-species of plants and animals, Haida Gwaii has been nicknamed the Galapagos of the North.

Dinosaur Provincial Park, Alberta
Millions of years of retreating sandstone in the Southern Albertan badlands have created a dinosaur fossil bonanza. With some of the richest dinosaur finds in the world, it’s still possible to stumble over 70 million year old bones on guided tours in this provincial park. The striking landscape, eroded and dry, looks like the skin of an elephant. And lets not forget the hoodoos, those strange rock formations that puncture the sky.

Nahanni National Park Reserve, Northwest Territories
Massive canyons, huge rocks, roaring waterfalls and hundreds of grizzly bears can be found in this national park, covering an incredible 30,000 square kilometres. The unique landscape made it amongst the world’s first locations to be inscribed as a UNESCO World Heritage Site, way back in 1978. The only way to get to this huge area is via floatplane or helicopter from Fort Simpson. It’s remoteness, wildlife, and unusual geological attractions make it a true wonder of the North. 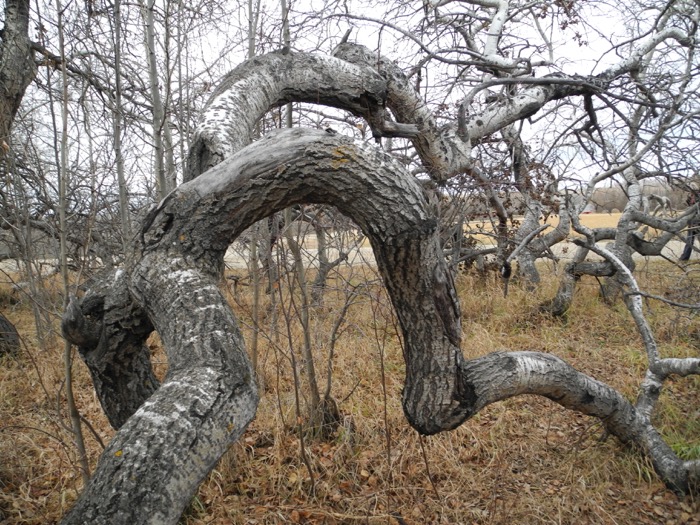 Crooked Trees, Saskatchewan
A wonder is something to behold, and occasionally, something to bewilder too. This grove of twisted, bent and whacky aspen trees near Hafford is a botanical curiosity, and a mystery too. Resembling a location in a Tim Burton movie, some scientists believe the aspens are a genetic mutation, others the result of a crashed meteorite. Or you could believe some of the locals, who swear the crooked trees are the workings of aliens. Never mind who’s right, there’s nowhere in Canada quite like it.

Northern Lights
People living far north might forget the impact the aurora borealis has on the rest of us. To see the sky explode in colours of blues, greens, yellows and red, dancing across the sky, is a true natural marvel. I have yet to witness the northern lights, despite waiting for them to appear during freezing winter nights in Whitehorse and Yellowknife. Perhaps one day, I’ll get my chance to share this wonder of the Great White North.